skip to main | skip to sidebar

We look forward to seeing our students begin to give each other a better connection to positively impact CISD. 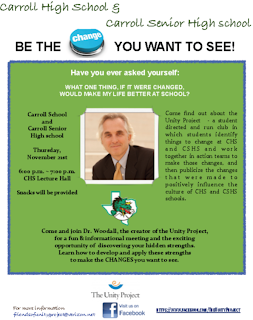 Commissioner of Education Michael Williams today noted that 14 Texas school districts are among 477 in the U.S. and Canada being honored by the College Board with placement on its 4th Annual AP® District Honor Roll. The Honor Roll recognizes districts for increasing access to AP course work while simultaneously maintaining or increasing the percentage of students earning scores of 3 or higher on AP Exams.


The 13 districts and one charter school in Texas that have earned this national distinction are:


“Students in school districts across Texas are tackling rigorous Advanced Placement courses and succeeding,” said Commissioner Williams. “This opportunity to prepare for post secondary success in high school pays great dividends in our education system today and for our state’s economic future.”


Data from 2013 show that among African-American, Hispanic and Native American students with a high degree of readiness for AP, only about half of students are participating because their schools do not always offer the AP course for which they have potential. Trevor Packer, the College Board’s senior vice president of AP and Instruction, notes that these 14 Texas districts are committed to expanding the availability of AP courses among prepared and motivated students of all backgrounds.


“We applaud the extraordinary efforts of the devoted teachers and administrators in these districts who are offering more students the opportunity to engage in rigorous college-level course work,” said Packer. “These outcomes are a powerful testament to educators’ belief that a more diverse population of students is ready for the sort of rigor that will prepare them for success in college.”


Inclusion on the 4th Annual AP District Honor Roll is based on the examination of three years of AP data, from 2011 to 2013, for the following criteria. Districts must:

§  Increase participation/access to AP by at least 4 percent in large districts, at least 6 percent in medium districts, and at least 11 percent in small districts;
§  Increase or maintain the percentage of exams taken by African American, Hispanic/Latino, and American Indian/Alaska Native students, and;
§  Improve performance levels when comparing the percentage of students in 2013 scoring a 3 or higher to those in 2011, unless the district has already attained a performance level at which more than 70 percent of its AP students are scoring a 3 or higher.


Overall, Texas ranked 13th in nation in the percentage of 2012 graduates participating in AP. Over the last decade, AP participation and success in Texas have increased steadily. 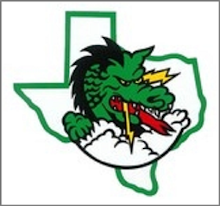 P.J. Giamanco
I cannot dream of a job in the world I would want to have more than to be the Principal of Carroll High School and to "Protect the Tradition" at CHS. Go Dragons!